AWARDS
Home > About Us > Awards 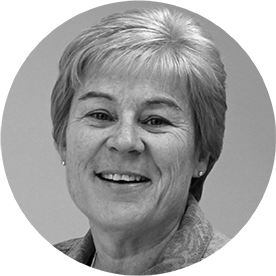 Dan was well-known throughout the nation for his enthusiasm and commitment to the profession of athletic training.

He was a founding member of the Colorado Athletic Trainers’ Association, serving as secretary from 1979 until 1983. In addition, he held several offices in the NATA, including the District 7 Research and Injury Committee, the Membership Committee, the Board of Directors and the Board of Certification.

Dan was honored for his commitment to the profession by being inducted in to both the Rocky Mountain Athletic Trainers' Association Hall of Fame and NATA Hall of Fame.

The Paul Grace Leadership Award was established by the BOC Board of Directors in 2005. This award seeks to recognize individuals who have excelled in developing, designing and/or implementing programs or practices that have contributed to the mission of the BOC.

Paul served the BOC as Executive Director for 15 years and, during that time, was the influential leader for the BOC certification program, the ultimate visionary and a cultivator of leaders. He has been recognized nationally as one of the top leaders by the certification community.

The Dave Montgomery Advocacy Award is designed to recognize an individual, group or organization who has demonstrated leadership in protecting athletic training consumers. Dave Montgomery Advocacy Award recipients are leaders in the conception, construction and/or modification of Athletic Trainer regulation that protects the public and athletic training consumers.

The Denise Fandel Award of Excellence was established by the BOC Board of Directors in 2020 to recognize individuals or groups who have demonstrated excellence in mentoring and fostering growth to members of the athletic training community through a visionary and selfless approach. Denise served the BOC as Chief Executive Officer for 22 years and during that time was instrumental in building a governance structure and culture that empowered and inspired others to also become effective board leaders. The recipients of the award must emulate Denise’s exceptional ability to influence leadership growth and cultivate learning and development in others.

BOC sponsors the Paul Grace Scholarship and Lindsy McLean Scholarship through the NATA Foundation. Both individuals played an important role in cultivating the foundation of the athletic training profession. There is no better way to honor them than with scholarships in their name to support future athletic training leaders.