Discussion and Research on Concussion Management

With the start of the fall athletic season, much has been written about concussions. In the news and media, concussions are referred to as a public health crisis due to the increase in the number of diagnosed cases. As Athletic Trainers (ATs), we are called upon as experts in the field of concussion management and are driving the research and discussion around this very hot topic. So why are there so many unanswered questions?

Some of it has to do with the definition of a concussion. The term concussion (or commotio cerebri) has been used for centuries to imply “a transient loss or alteration of consciousness without associated structural damage.”1 It is also known as a mild traumatic brain injury (mTBI) and can cause a variety of physical, cognitive and emotional symptoms. In recent years, concussion has been used most frequently in reference to sport-related head trauma.

Along with the struggle to come to a unified definition of concussion, another set of questions relates to the diagnosis of a concussion and the reporting rates. An estimated 1.7 million concussions occur each year in the United States as a result of sport and physical activity, and of those, 80 percent are seen in an emergency room department. These numbers are staggering when almost half a million visits for mTBI are made annually by children aged 0 to 14 years.2 Many more concussed youth seek treatment through physicians’ offices or not at all. So are these statistics accurate? We need to understand exactly what we are diagnosing in order to collect and track the data. Education on the signs and symptoms of a concussion is the key to successful outcomes for the athlete.

As a consequence of the multi-faceted issues facing youth sports concussions, programs like the Massachusetts Concussion Management Coalition (MCMC) are being established to address this issue. MCMC is a group of individual stakeholders who are dedicated to the health and safety of our student-athletes. The broad range of groups like the Massachusetts Interscholastic Athletic Association (MIAA), Massachusetts School Nurse Organization, Athletic Trainers of Massachusetts (ATOM), Department of Public Health and the Brain Injury Center of Boston Children’s Hospital are represented and their top priority is to prevent and manage concussions.

MCMC is a pioneer in concussion research and education outreach bringing everyone together to collaborate on the best way to tackle the many issues surrounding concussions. Due to the generous funding by the NHL Alumni Foundation, MCMC has been able to provide free ImPACT™ neurocognitive testing to all MIAA member schools that enroll in the program. Along with the free testing, MCMC provides secondary schools with concussion education presentations to their communities. It is our goal to ensure tools are readily available for all secondary schools to be knowledgeable in the recognition, management and treatment of concussions. We hope to create a legacy of concussion education in the Commonwealth of Massachusetts which reflects these goals. For more information on our program or how to get involved, please visit our website at www.massconcussion.org. 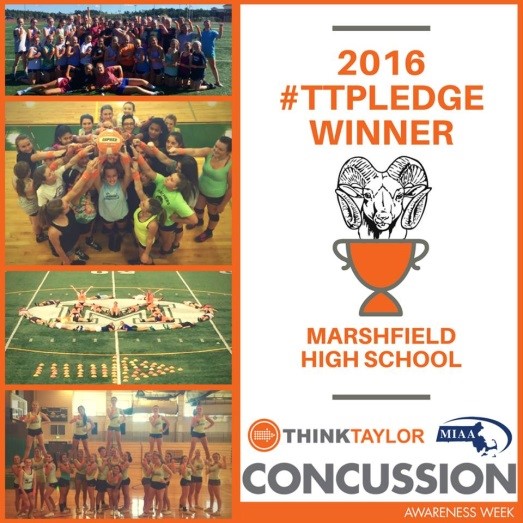 As I write this blog, we have just completed a successful Concussion Awareness Week in Massachusetts. It is through the collaborative efforts of the Think Taylor Foundation and the MIAA that 86,000 student-athletes have become more engaged in the discussions surrounding concussions. Think Taylor was founded by Taylor Twellman, star forward for the New England Revolution soccer team. His career-ending concussion left him seeking answers and wanting to make an impact on the lives of student-athletes.

During Concussion Awareness Week, all student-athletes were encouraged to turn their school orange, the color of healing, and to take the TT Pledge. This pledge states, “I will become more educated on the signs and symptoms of concussions, I will be honest with my coaches, and Athletic Trainers, parents and teammates, and that I will be supportive of anyone with a concussion.” These 3 words – education, honesty, support – are what ATs embody every day. Our combined efforts lead the way to increased awareness and expanded concussion education across the state. I would encourage each of you to get involved in a movement like ours. 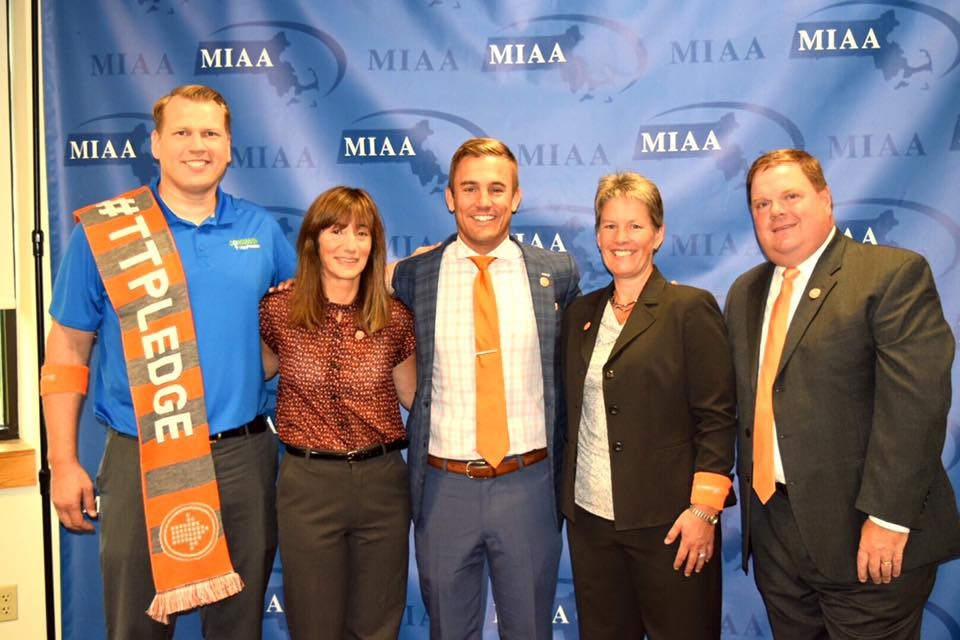 Diane Sartanowicz, MS, LAT, ATC is the Director of the MCMC. She was president of ATOM from 2006-2008, past-president of Eastern Athletic Trainers’ Association from 2011-2012 and is currently the NATA District One Treasurer

BOC Update on the Coronavirus

The Profession and Parenting: Strategies for Making it Work - Rachel D. Moore