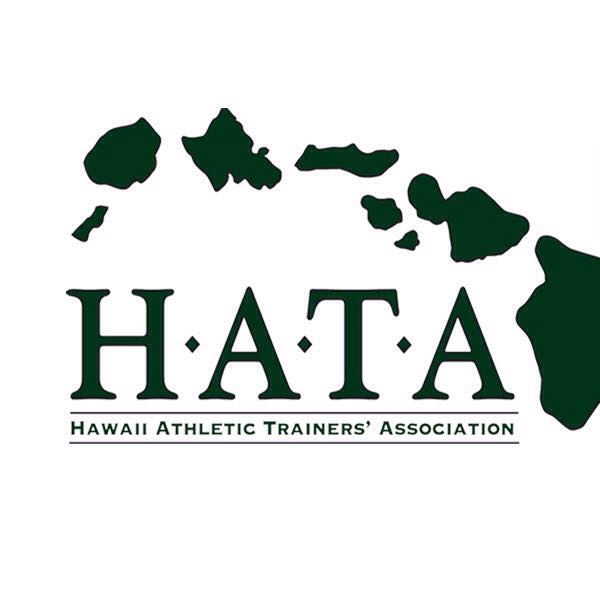 Athletic training has been in Hawaii since 1964, when Gary Smith became the first Athletic Trainer (AT) at Punahou School.  Dean Adams quickly followed, becoming the first AT at the University of Hawaii at Manoa in 1968.  It wasn’t until almost 20 years later, in 1985, that the Hawaii Athletic Trainers’ Association (HATA) was founded by 8 members including Lindy Rowan, Chris Balske, Melody Toth, Wes Sphar, Pete Howard, Eric Okasaki, Glenn Beachy and Jayson Goo.  These visionaries created a legacy with a simple mission: to enhance the quality of healthcare provided by its members and to enhance the athletic training profession.

The past 30 years have been busy and productive for HATA in supporting its mission.  In 1987, the University of Hawaii at Manoa began to offer an Athletic Training Curriculum.  That program has now developed into two graduate programs: Commission on Accreditation of Athletic Training Education Post-Professional Advanced Athletic Training Program and the Professional Graduate Athletic Training Program.  HATA has also been able to provide its members with multiple opportunities for continuing education. This includes holding its annual HATA Symposium, which began in 1993, and hosting courses and presentations throughout the year.  In addition, HATA has been fortunate enough to host the Far West Athletic Trainers’ Association District Eight meeting in 1998, 2004 and 2010.  HATA will also be hosting July 12-16, 2016, in Kona, Hawaii.

In continuing with its mission, HATA has enhanced the quality of athletic training in Hawaii.  In 1993, HATA and the Department of Education began a pilot program of 10 temporary athletic training positions in public high schools.  That program has now grown into 76 permanent positions, making Hawaii the only state to have ATs in all public high schools.  Most recently, in 2012, Hawaii passed registration for Athletic Trainers, which went into effect in 2013.  Looking to the future, HATA is pursuing youth sports concussion education, heat acclimatization and head impact proposals.  The future is looking bright for athletic training in Hawaii.

Lindsay Schmidt is the PR chair for HATA.