The 119th Boston Marathon – Perspectives from Station 25 on the Course 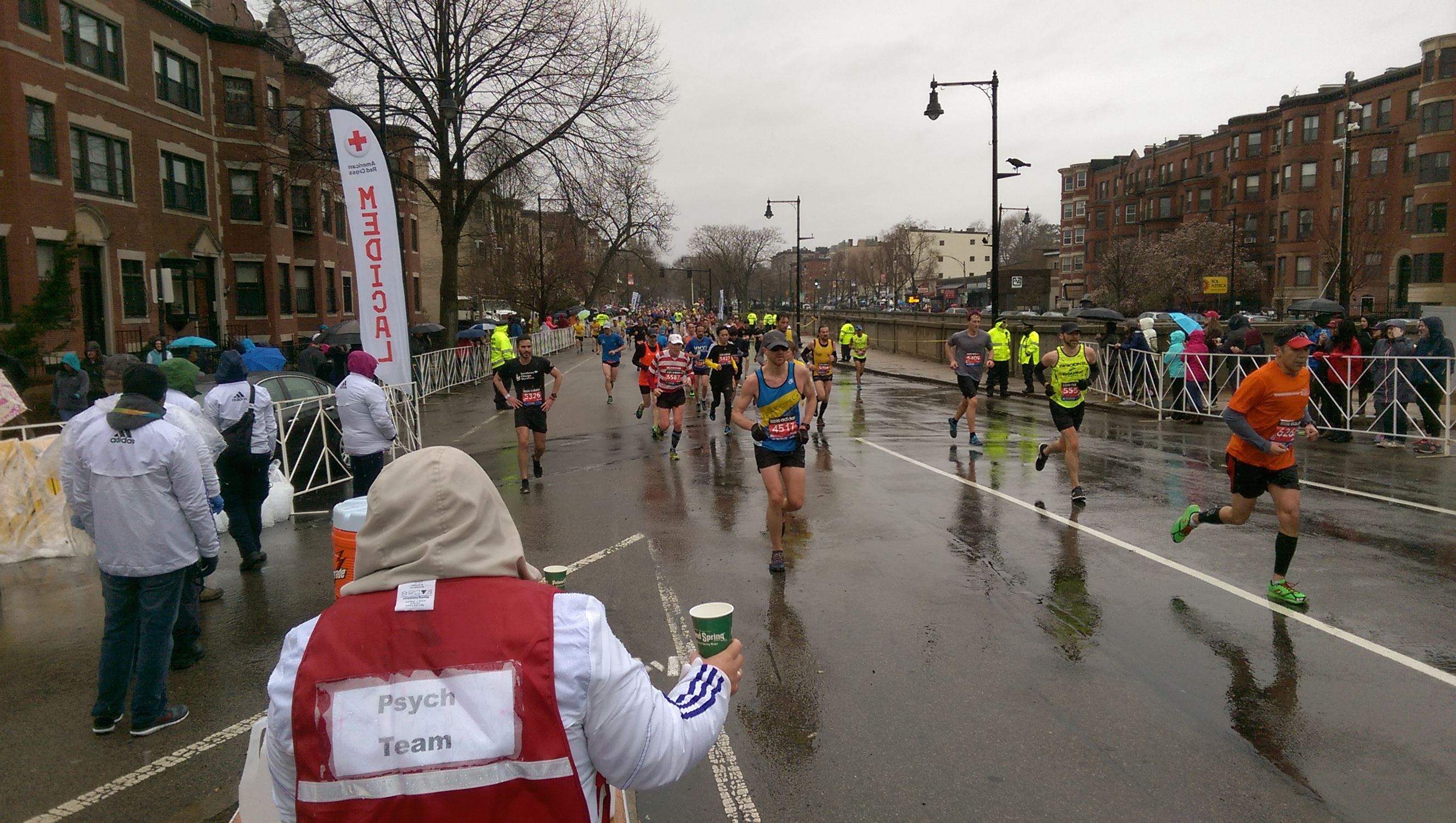 In the weeks leading up to the Boston Marathon, medical volunteers attend conferences, read course manuals and prepare to treat numerous conditions that can occur during a marathon, especially those with life-threatening implications. Typically, these conditions include cardiac events or environmental illness related to exercise in the heat such as exertional heat stroke. However, as we marched toward Marathon Monday, the weather forecast began to change. 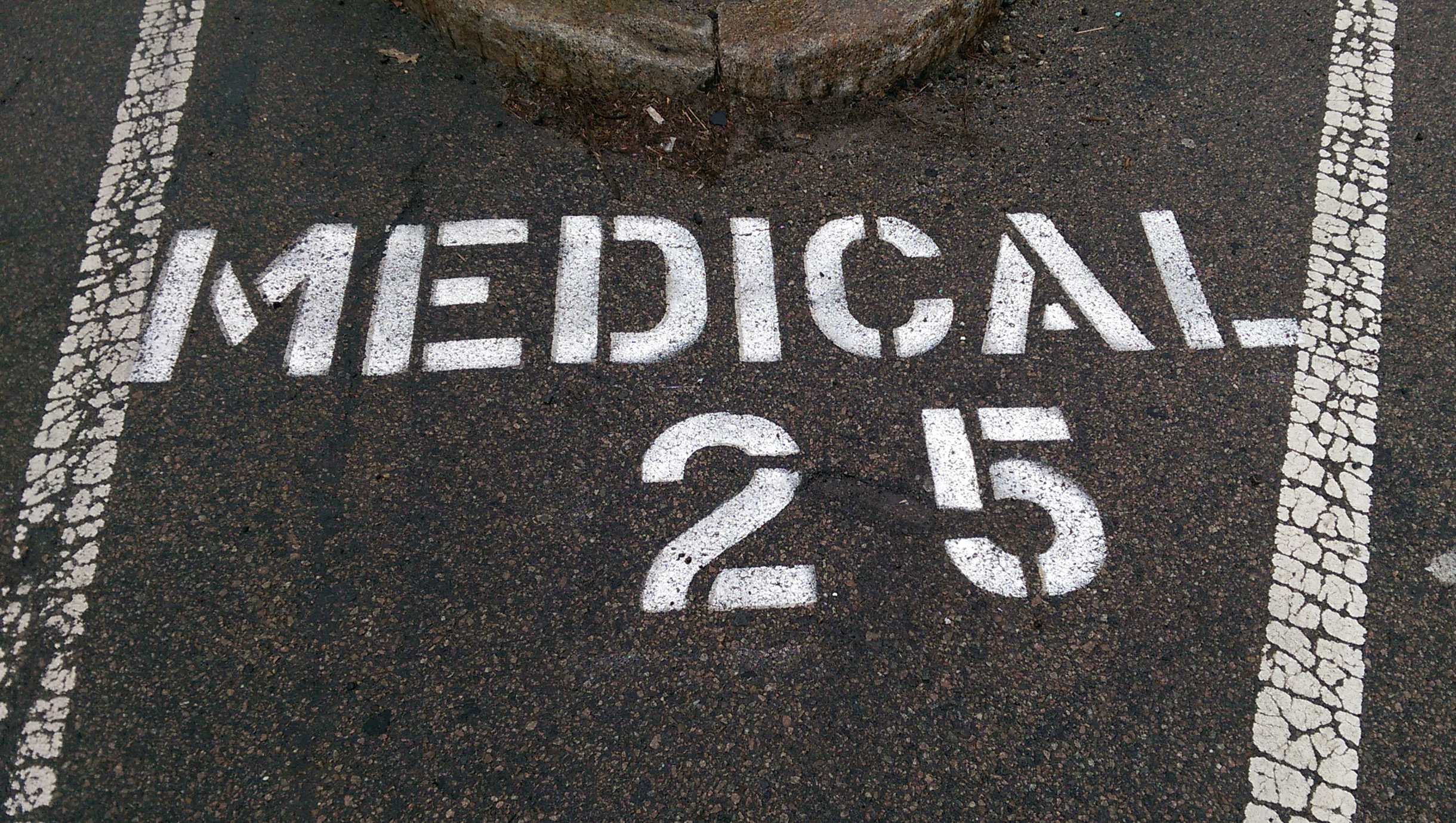 Station 25 at the 119th Boston Marathon.

Worries of unseasonably high temperatures following an abnormally long winter were quickly replaced with a high temperature of 47°F, 29 mph wind gusts and a 100% chance of precipitation. This would not be classified as “ideal marathon weather.” In fact, similar to unseasonably warm weather, it is highly unlikely participants were consistently training in cold conditions, which created an elevated level of concern among the medical staff.

As a medical staff volunteer, nothing quite prepares you for the sight of 30,000 individuals constantly streaming past you for up to 8 hours, all determined to overcome the conditions and complete the last 1.4 miles to the finish line. As the day went on, runners who reached our location had been running through deteriorating conditions for over 4 hours. Some had not been dry since they were in their hotel rooms that morning. Many stood in the rain for up to 3 hours before their wave started. For most of the afternoon, powerful wind gusts were going directly down Beacon Street into the faces of the runners. At 1:50pm, we received notification that Medical Tent B, at the finish line, had to divert participants to other locations because they were already at capacity. By late afternoon, the temperature started to drop again. 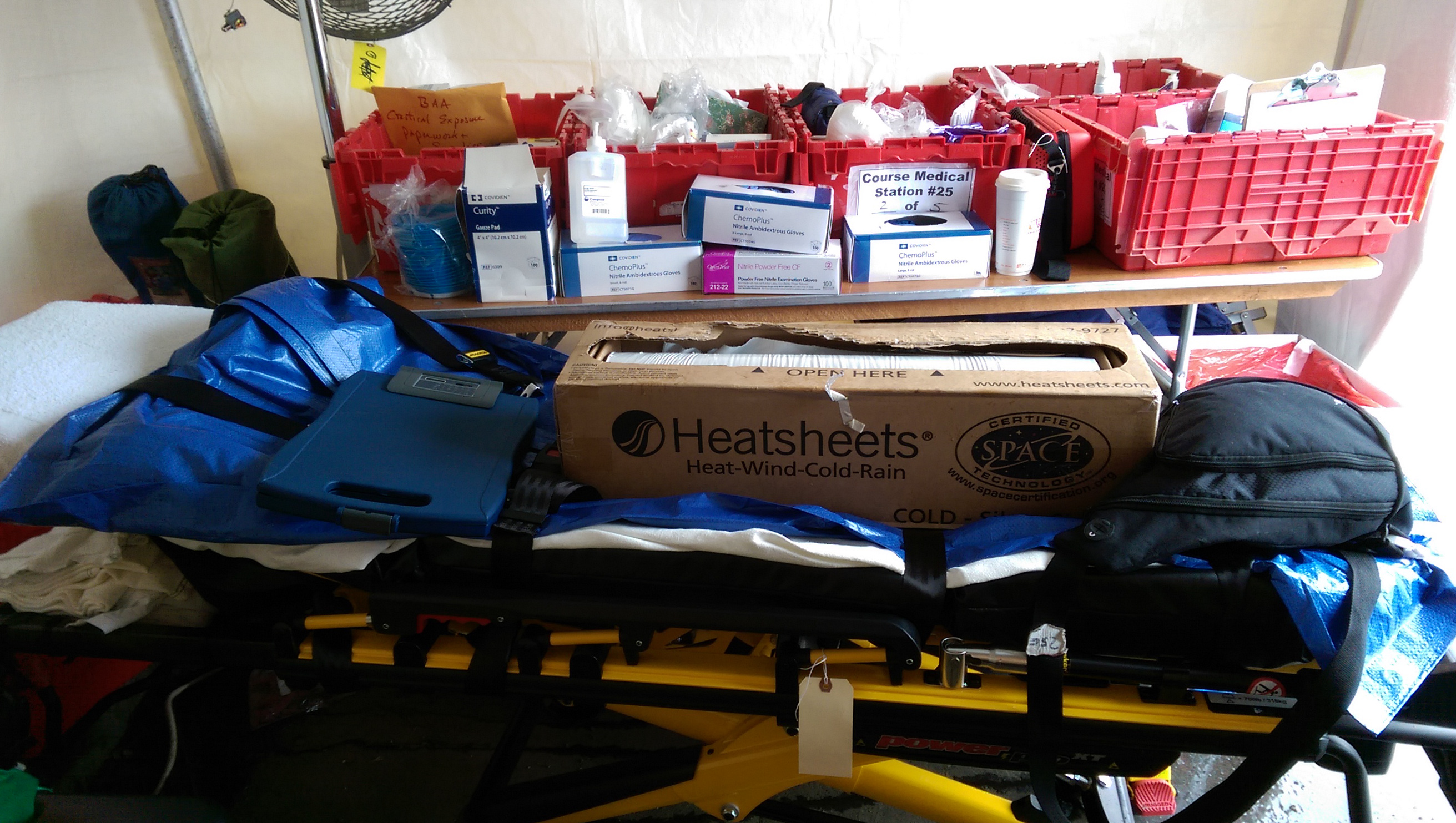 Medical Station 25, on the corner of Beacon Street and Park Drive, was well organized by our team leaders and separated into sections with different roles and responsibilities. Our location consisted of an emergency medical physician, myself (an Athletic Trainer), paramedics, 3 teams of EMTs to go out on course and retrieve injured participants, a sports psychology consultant, two HAM radio operators and representatives from the Massachusetts Department of Public Health and the American Red Cross. With this setup, the care participants received was a true example of inter-professional collaboration.

Our focus quickly shifted to recognizing and treating hypothermia. As runners stopped for one reason or another, they began to succumb to the deteriorating weather. What may have started out as an exercise-associated muscle cramp, could quickly drift into a life-threatening medical condition. As an Athletic Trainer, I felt prepared to treat everything from severe medical conditions, to a runner with hip pain who just wants to finish the race. There were times where I ran down the course with athletes to give them a Mylar blanket for warmth because they were afraid to stop. At one point or another, we all stood in the pouring rain handing out water or cheering on runners who were battling through the conditions. Quick assessment, management and collaboration among all the volunteers at our station allowed us to effectively treat everyone we saw and complete the job we had set out to do.

Thanks to the advance planning by the medical directors for the Boston Athletic Association, we were well equipped to handle any situation. It was a memorable experience, and I can’t wait for next year’s marathon