Aligned with Athletic Trainer (AT) volunteers and other experts, the BOC continues to work on refinement and development of the Continuing Professional Certification (CPC) concept. There have been many steps and many voices along this continuing journey. It’s important to note that so far, the CPC Concept development has had many ATs involved and will continue to do so going forward.

The below graphic shows work to date as well as the starting point for the ongoing work to define a program that will benefit all ATs.

During an open comment period held last fall, the number of responses we received was significant and we listened to this feedback. Data collected during this earlier phase was assimilated and analyzed and four main messages were expressed that are shaping the ongoing development of CPC. This information was used to define action steps for the current phase:

At the end of 2021, the BOC board created a new CPC Task Force comprised of volunteers to drive future efforts, integrate feedback and provide recommendations on the future of AT certification renewal. To date, the BOC board, this designated task force and over 1,400 ATs have weighed in to help shape the CPC Concept over the past several years - all before the open comment period held last fall. The new CPC Task Force, along with the input of hundreds to thousands more ATs, will further define CPC. By the time this is final, it will have been shaped, by and for ATs.

The below graphic visualizes the process of development and outlines the impact of volunteer ATs throughout. 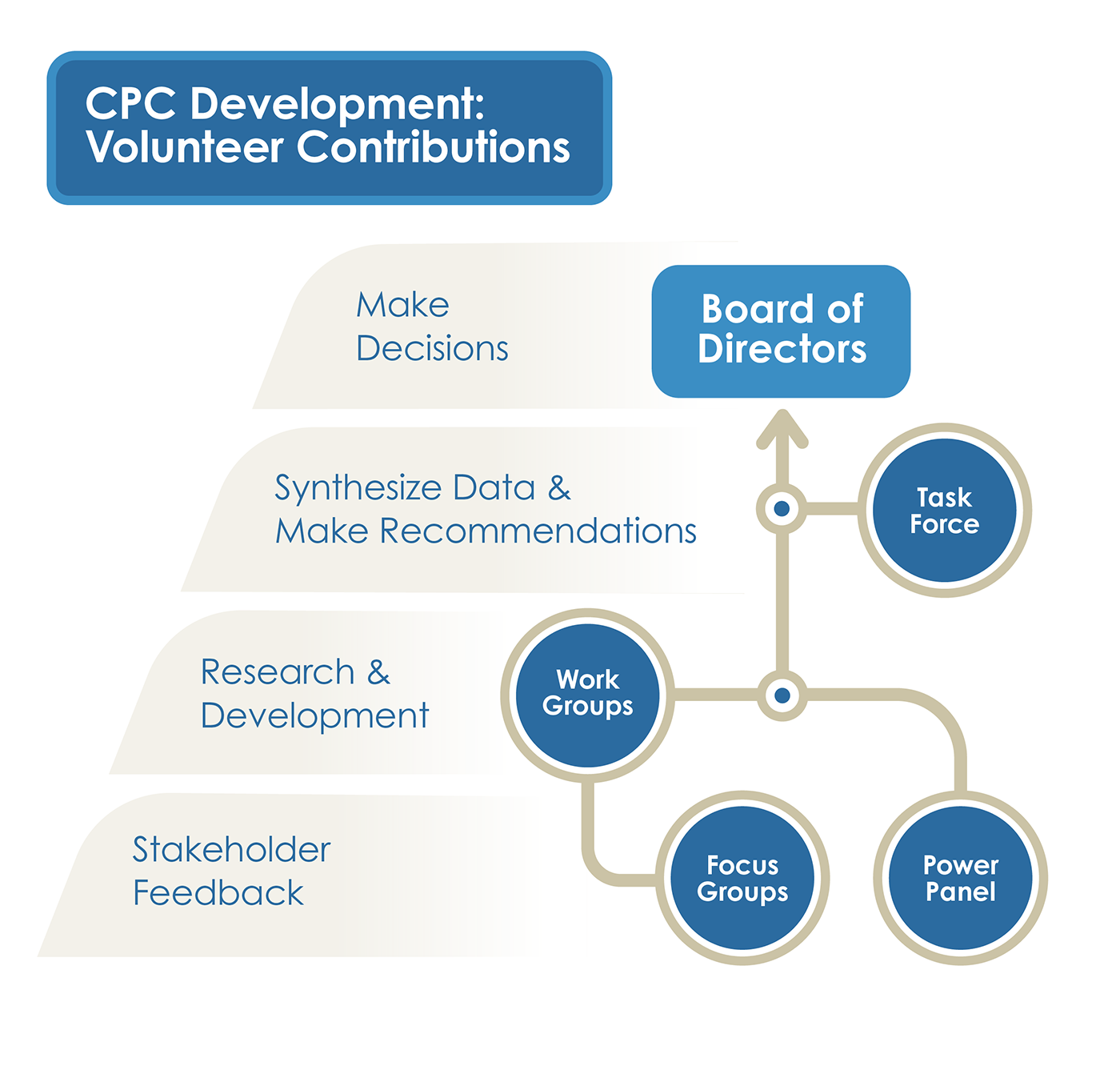 Efforts for this phase, which began in March 2022 will extend over several months as AT volunteers participate in various roles to help further define and shape development of CPC to be:

During April, eight AT focus groups, in multiple practice settings, took place. Results from these groups helped to define plans and next steps for work groups. These work groups began running shortly after the focus groups and will continue over several months to further refine the CPC concept and component development based on AT input. The BOC Power Panel, a large group of stakeholders, is continually providing intermittent input over this time about CPC development. Their input, captured using online survey tools, is being added to the process.

Once results from this phase are analyzed, outcomes will be reviewed by the CPC Task Force which will then make recommendations for next steps. This progression will continue over the next two to three years until CPC is finalized and implemented to meet the needs of ATs while fulfilling the level of certification required to enhance our profession and protect the public.

Look for coming updates and stay current on CPC developments, as well as learn more about the concept’s background, by visiting the BOC website.

This article was originally published in the 2022 summer "Cert Update" newsletter. 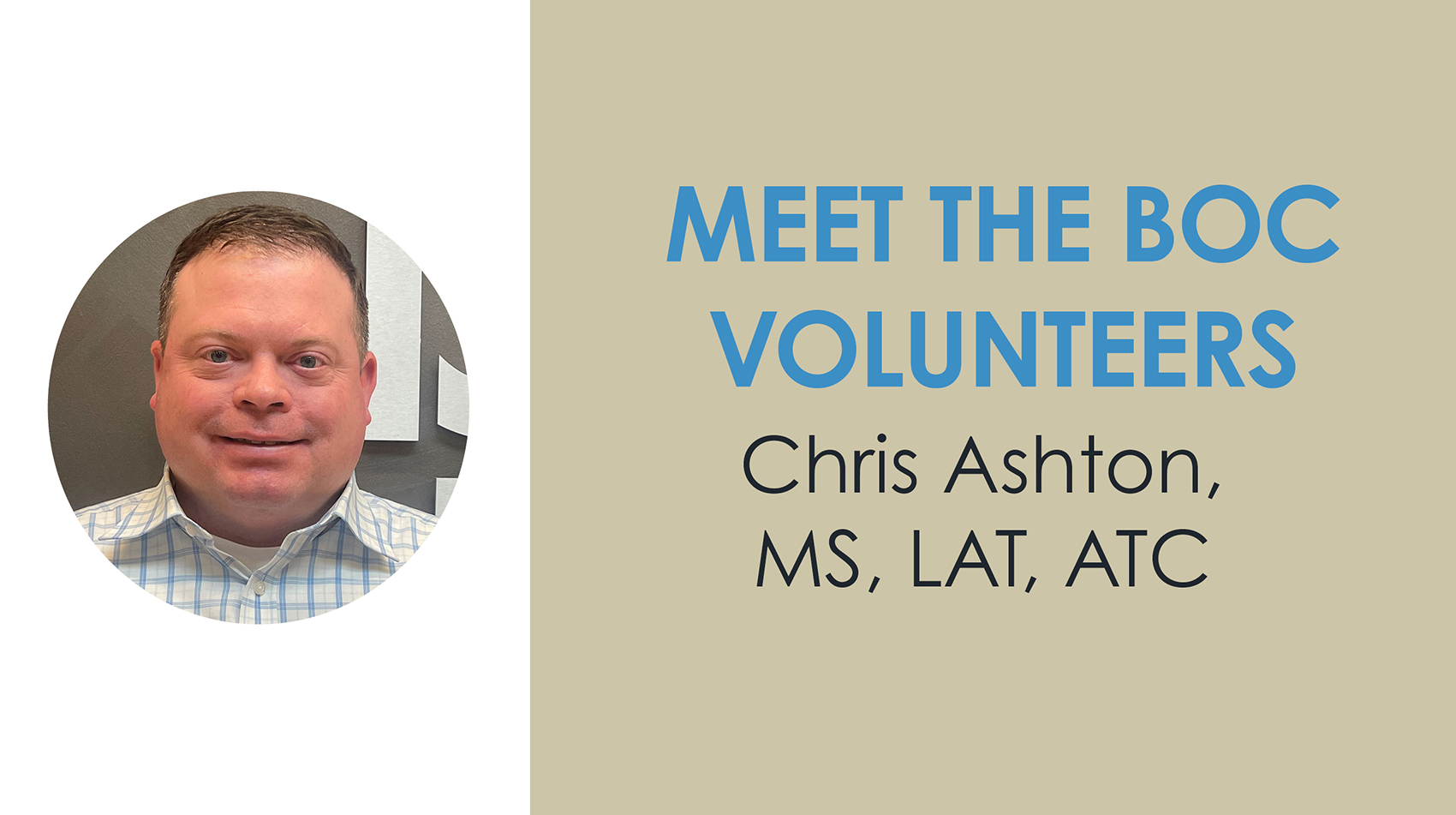 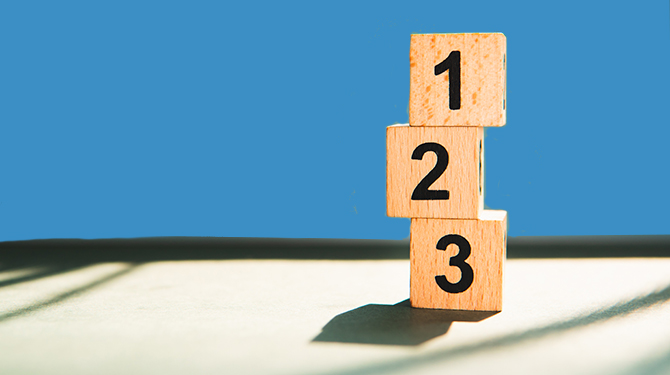 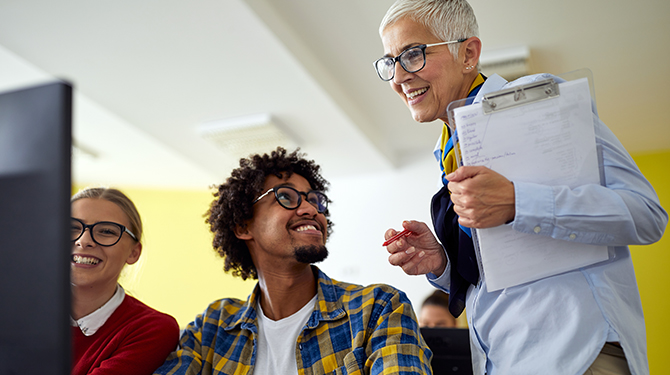