In-Depth Look: Meet an Athletic Trainer for an NFL Team

T. Pepper Burruss is the Director of Sports Medicine Administration and Athletic Trainer/Physical Therapist for the Green Bay Packers. 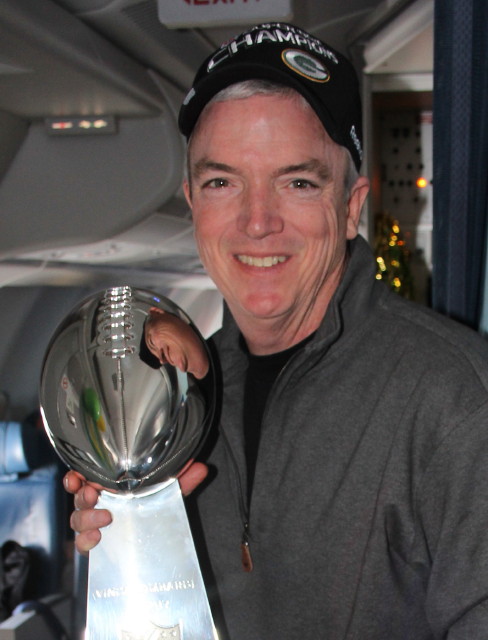 Our athletic training facility was recently renovated, and we have only been in it since July. It includes an expanded treatment area, functional rehabilitation area, recovery room, examination rooms, GE iDXA body scan room, digital X-ray room, 4 Athletic Trainer offices, conference room, hydrotherapy room with 2 walk-in hot tubs and a walk-in 4 x 16 cold tub, and a SwimEx rehabilitation pool - all surrounded by 11-foot tall walls of glass. You can never have enough storage space, but we’ve been very fortunate to have an attached 2-level stock/work room that accommodates all of our supplies as well as our array of travel trunks, last but not least, an ice machine/cooler storage room.

In 2013, we were fortunate to have an addition to our building that houses a 10,000-square-foot weight room and an adjacent regulation width indoor 35-yard in-filled field. The addition, called the Conditioning, Rehabilitation and Instructional Center (CRIC), is a valued adjunct to our strength and conditioning program and to our rehabilitation regimes.

How long have you worked in this setting?

This is my 39th season in the National Football League (NFL). I spent the last 23 seasons with the Green Bay Packers and the first 16 with the New York Jets. I trace my career path to the choice to move from New York state to attend Purdue University under the legendary NATA Hall of Famer, William “Pinky” Newell.

As I was leaving high school in 1972, a chance encounter made me aware of the many Purdue graduates with influential athletic training jobs all across the country. Several of those were in the NFL, which I had my sights set on at a very early age. With that, I decided I needed to be mentored by the best; after all, Pinky was known to have the most high profile job opportunities come across his desk.

It was 800 miles from my New York state hometown to Purdue University. Pinky wrote to me (I think I still have the hand written letter) that it was an awful long way for an out-of-state student, and he couldn’t guarantee me a spot in the athletic training facility. I wrote back that I was coming. Years later Pinky confided that my decision to make the trek showed I was determined and willing to put my money where my mouth was.

After Purdue, I chose to attend Northwestern University Medical School to receive my second bachelor’s degree in physical therapy. Then, eight weeks prior to my graduation from Northwestern, I received a call from Bob Reese, the new Head AT of the New York Jets and 1970 Purdue alumni. He asked if I wanted to be the Assistant Athletic Trainer of the Jets. Keep in mind, this is my home state and “my” team growing up. Bob and I had met in 1972 when I was considering attending Boston College, where he was employed as the youngest Head AT in Division 1 football. Years later, Bob made a call to Pinky seeking a recommendation of a Purdue grad he might hire, and as they say, “the rest is history.”

I spent 16 seasons with the New York Jets as an Assistant AT. In 1991, the Jets Director of Player Personnel, Ron Wolf (2015 NFL Hall of Fame inductee) became the general manager of the Green Bay Packers. He called me in early 1992 and asked me if I would be interested in becoming the Head AT of the Green Bay Packers after the late Dominic Gentile retired. I wasn’t quick to jump at the offer, as the Packers had been through a rough stretch of 25 years of mediocrity. (I also thought it was truly the “frozen tundra” with more snow than grass.) Several months later, I decided this was the right decision for my family. Dominic retired after the 1992 season, and I joined the Green Bay Packers January 1, 1993.

My typical day is the same as most any full-time AT working the “daily grind.” We come in when it’s dark, and we leave when it’s dark. There is not a typical day as each has its varied challenges depending the time of year, intensity of the week and a never-ending administrative load. I firmly believe all ATs feel an unceasing commitment to try to get the job done every day. Over the years, I’ve learned that it is never done. We could work 24/7, and we’d never get everything done because healthcare is never done. Sadly, athletic training is not a 9-to-5 job. It’s a serious commitment. Those who passionately embrace it succeed.

So many things are happening:

With the exponential pace of technological advancements, the athletic training world rides along. It makes for an exciting time, and future, as the technological growth advances our techniques, overall attitudes and initiatives.

National initiatives, by the likes of the Centers for Disease Control and Prevention (CDC) and multiple professional sports leagues, make us more introspective about how we go about our business. Such initiatives address concussion care (as with the Zack Lystedt Law), acute spine injury protocol reviews and DEA enforcement of controlled medications with athletic teams. It is no longer “business as usual.” We’re looking to evidence based research to refine everything we do in, and about, the athletic training facility. It becomes evident athletic medicine is no longer just local, it is national and international.

In the early 70s, Pinky dreamed of an endowed NATA scholarship, and now there are dozens. He was excited to welcome the first female member of the NATA, and now women are our majority. They are past presidents, executive directors and employed in many male-dominated sports. 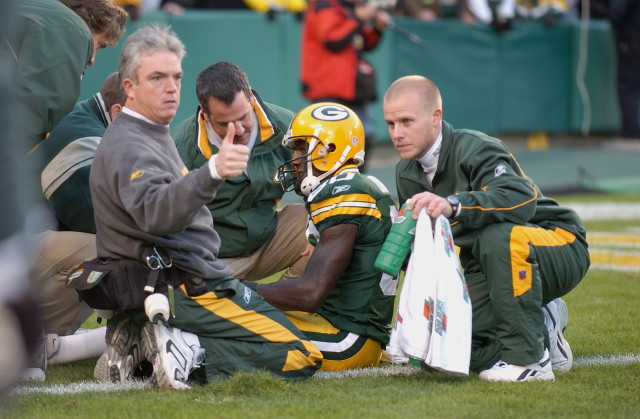 Game day is undoubtedly the “glitz and glimmer” of the NFL. Game days are special. They’re electric. The more important the game, the bigger the “high” is of a win – or the lower the “low” of a loss.

For anyone who has ever been in a fraternal group – like with the military, police, firefighters or various teams – there is nothing compared to the relationships you build in the locker room. There is not a player who retires from the game who says they miss lifting weights, being sore and getting beat up. They always say, “I’m going to miss the locker room.” You can’t help but appreciate the people and relationships. I love being relevant and included as a part of the locker room.

I think there is an inherent ego that comes with the glitzy jobs, whether they are in with a big-time college, professional team or the Olympics. It’s just an honor to be a part of it. There is something to be said for the NFL – the travel, resources, budget, glitz and glamour – and I believe it can become addicting.

You never grow tired of walking out of the stadium tunnel, listening to the home-field introductions and the national anthem being played. It’s a super rush if there is a military fly-over! It wasn’t until last season, after 37 years in the league, that I realized something. Packers Equipment Manager Gordon “Red” Batty and I were out on the field during a timeout, when he said to me, “Pepper, think about this. None of those people on the sidelines can walk out into the middle of the field during a game, and you and I can. How fortunate are we?” I had never thought of it that way before. The assistant coach, video staff, security or ball boys cannot venture out into the middle of the field. It falls under the moniker of nothing compares to game day. Sometimes you fail to realize how good you have it; I’ve been very, very, very fortunate.

What do you dislike about your position?

I’ve said this a thousand times; my least favorite part of the job is the grind of the hours. With the typical hours an Athletic Trainer works, it takes a concerted effort to maintain some normalcy to family/home and leisure life.

I would say another thing that I find challenging is the vast corporate world of the NFL. The players have multimillion dollar salaries. I struggle with the politics of dealing with all that comes from an entourage of agents, medical consultants and caregivers who advise and direct the players beyond our concerted efforts. Many of these folks have nothing more than a business relationship with the player, yet, in season, we spend more waking hours with them than we do our own families. The pressure on the players gives rise to a challenge of balancing the many outside influences their personal medical advisors bring to the table in relation to the care rendered in our facility.

Choose the best school that fits your circumstances. Build an impressive résumé and network with people in your chosen field. I started my career by choosing a school that featured a pioneer in the athletic training field. I was able to build and develop the skill set that helped shape me for the profession and the career I sought.

I tried to never turn down an opportunity to build my résumé through volunteering, taking an additional class or seeking insightful experiences. Students and young ATs need to understand there is mega competition for the glitzy jobs. There are many bright, highly educated students, but so many of the résumés look exactly the same. I think a goal for a young AT should be to make their résumé likely to move from the big pile to the small pile. You have to seek people who can advise you how to best accomplish that. It is not by having the fanciest paper with the designer font. It’s by having loads of experiences in and out of your desired field/profession that makes your résumé pop.

Every year, we receive piles of résumés from students and professionals who are applying to be a summer or seasonal intern. My preference is that the résumé not be in a tiny font to make it all fit on a page. I am not a proponent of the 1-page résumé. If your hobbies, interests and voluntary efforts could move your résumé from the big pile to the small pile, isn’t that worth an additional page?

Little mistakes can also make a big difference in the review of a cover letter and résumé. We get letters via surface mail that have not been signed. I understand that void with emails, but not taking the time to sign a hardcopy is a mistake. Maybe it’s a small thing, but it is attention to detail and it catches my eye. The ultimate transgression is a mismanaged mail merge that combines a staff member’s name with the wrong team name. Proofread your letter and make sure you have the correct information included.

Certainly you can’t understate the need to network. There is no better place to network than your local, state, district and national NATA meetings. Realize the classmate or AT intern you sat next to in a lecture hall may one day be in a position to recommend, or even hire you, for a job. You cannot afford to be short-sighted about networking, meeting other students, competitors and show exhibitors. Take the time to put a name and handshake with a face.

Résumé references are important and especially good if they happen to be known to the staff you are applying to for a position or internship. For a potential employer to know a reference by name and reputation puts some “oomph” to their recommendation. Some of the teams give preference and geographic loyalty to in-state institutions, whereas some offer opportunities to those from around the country. Just take the time to construct your letter and résumé in such a way it has a better-than-average chance to move from the big pile to the small pile. 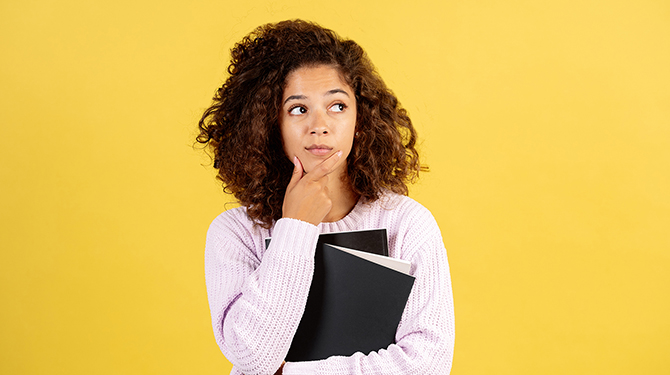 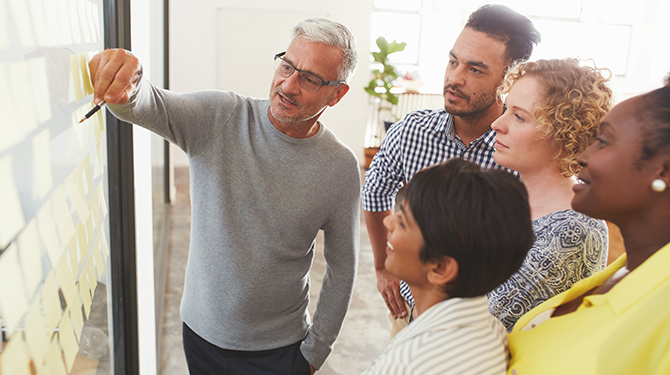 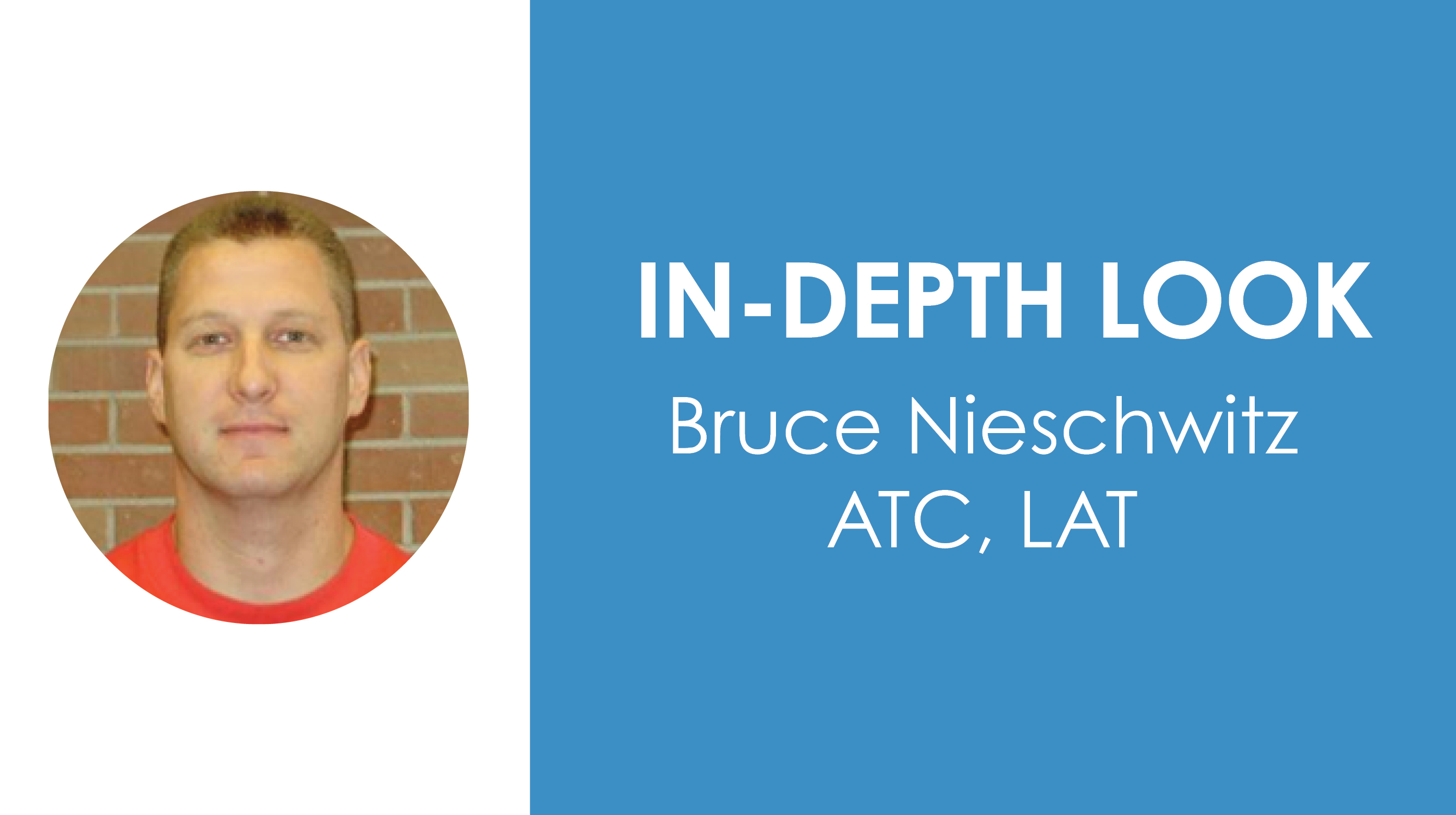